This post may contain affiliate links, which means I’ll receive a commission if you purchase through my links, at no extra cost to you. Please read full disclosure for more information.

Here’s a classic buttercream recipe that can be used to frost layer cakes and cupcakes. This recipe makes enough frosting for a two layer 8″ round cake. If you plan on doing any type of decorating using a piping bag (borders, designs, roses, etc — you should double the recipe).

END_OF_DOCUMENT_TOKEN_TO_BE_REPLACED

Processed with VSCO with a6 preset 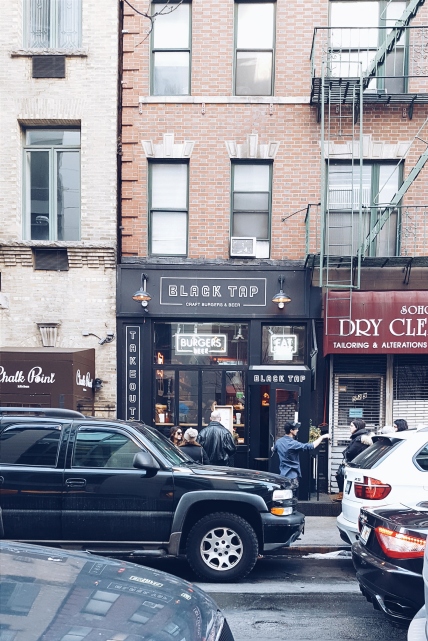 In late January I had the pleasure of traveling to New York city with my husband and our family for a fun family vacation.

While on the trip my sister-in-law mentioned a restaurant that has been taking over social media — Black Tap. Originally famed for their hamburgers and craft beer, the restaurant is taking over NYC with its outrageous and diet busting milkshakes.

I was pretty excited about trying out the milkshakes, until we arrived and saw the long line. I’ll admit that I didn’t believe any milkshake was worth a three hour wait. My sister-in-law convinced my husband and I to wait out the line with her and I’ll admit it… I’m glad we waited.

These milkshakes were not only delicious, but are amazingly crafted. It takes a true artist to sling these shakes like there’s no tomorrow… and every single one comes out as beautiful as the one before. For a super treat, be sure to order a side (or two) of fries! 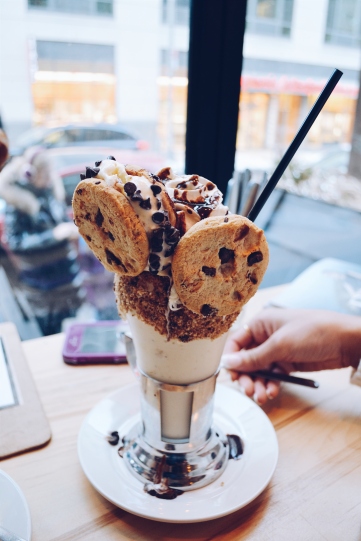 At $15 a pop, I wanted to make sure I was able to enjoy every single ounce. If you’re in NYC make sure you take time to go to Black Tap. They have two locations, one (the original) in SoHo and a second location in the meatpacking district… They’re opening a third location soon!

The customer service here was amazing and I truly believe Black Tap has something special to offer NYC. Oh and if you get a chance, sit down and enjoy more than just the milkshakes.

Mardi Gras day, also known as Fat Tuesday, is less than a week away and in the spirit of the Carnival season I couldn’t help but think about my love of King Cake. I can’t even remember the first time I had my first slice of King Cake, but what I do know is that it’s a taste that brings back so many memories of family and fun.

The King Cake is part of the heritage and food of the city of New Orleans. The tradition of the King Cake is believed to have originated in the late 1800’s when it was brought to New Orleans from France. It gets its name from the biblical three kings who brought gifts to baby Jesus. The cake is covered with purple, green, and gold-colored sugars that represent justice, faith, and power.

If you’ve never been to New Orleans, you need to change that. I believe every person should experience this colorful city. I love the sights, smells, foods, and the people of this city because it’s a place like no other. Both of my parents were born and raised in New Orleans and that probably explains why I have such an appreciation for the heritage, culture and community there.

I won’t be going to New Orleans for Mardi Gras anytime soon, but I really wanted to bring a little bit of the spirit of the city and celebration to my home. The best and easiest way to do this was though food or… well… through baking. In order to celebrate the spirit of Mardi Gras I decided to take some time out to develop a King Cake themed cupcake. 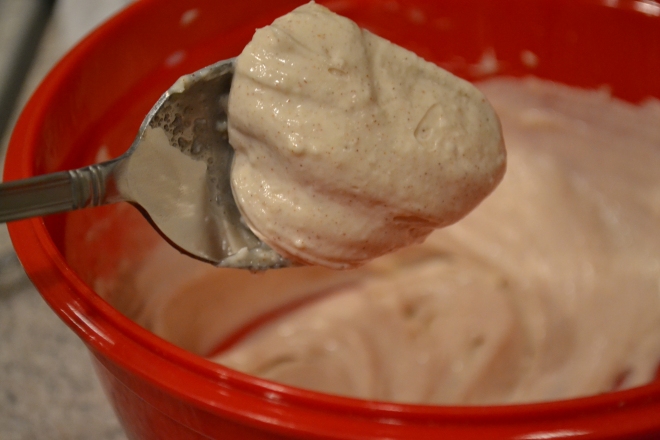 My King Cake cupcakes have a similar flavor profile to a cream cheese filled King Cake. Although the yeasty challah dough of the King Cake is not present in this cupcake, it is still infused with all the other flavors. The cupcake starts with a vanilla brown sugar cupcake base that I adapted from NatashasKitchen.com. There’s a cinnamon, brown sugar cream cheese filling and it is topped with cream cheese frosting, a sugar glaze and has the colored sugar for the infamous design!

Many of the ingredients for this recipe are on sale at Target right now and I saved even extra money on many of their Market Pantry Items using the Target Cartwheel app. I ended up having to purchase my colored sugar from Walmart (but you can make your own).

If you’re celebrating the holiday over the weekend or just want to bake something new be sure to try out my recipe!

Sugar Glaze (do not make until after cupcakes have been filled and frosted):